Britain has an ongoing housing crisis that is preventing its population enjoying full and healthy lives. Collectively, because of the way our homes were built in the past, and to a lesser extent the way they are still being built, we are locked into a culture that requires us to pay far more than we need in energy bills whilst forcing many of us to live in unhealthy and uncomfortable homes.

What to do about this crisis has been troubling governments, councils, charities and individuals for some time. The main issues with the remedy, as you might expect, is money and political will. Retrofitting old houses and building higher quality new homes is more expensive in the short term but gives substantial benefits over many years.

Up until the last three years government offered various programmes to help the nation get to where it wanted to be. But since David Cameron famously announced he wanted to ‘cut all the green crap’ most of these programmes have gone – the Code for Sustainable Homes, Zero Carbon Homes legislation, the Green Deal, grants for home insulation. It’s easy to pigeon hole these programmes as just being about the environment but in fact they were also about wellbeing. Low energy homes are generally also healthy homes.

With no new extra money and encouragement from the top it has been left to individuals, councils, business and charities to keep going regardless. Thankfully many of their efforts have been successful. 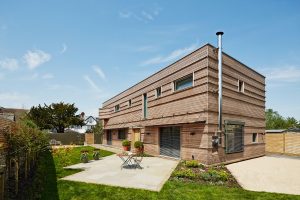 A version of this blog post first appeared in the Cambridge Independent on the 23rd September 2017.