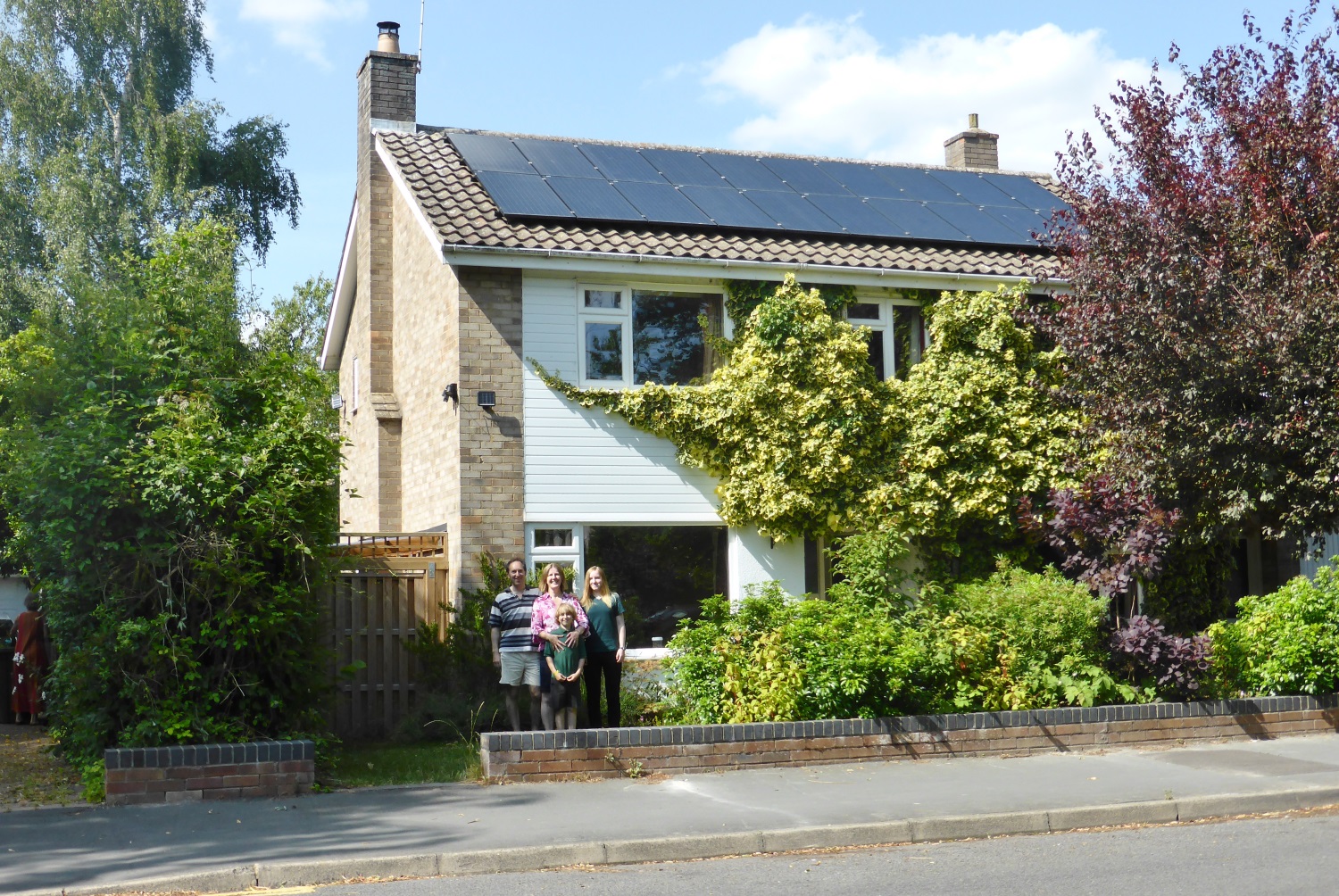 Hosts Rob and Anne aimed to lower the family’s carbon footprint. Rob started measuring the gas and electricity they used, and decided to take control rather than ignore it. He identified each significant energy use, and researched how to reduce it. Much of the work that followed has been DIY, including fitting the insulation, the air tightness testing devices, the mechanical ventilation and heat recovery system and the solar water heating system (check regulatory restrictions, Rob is an engineer and the rules about DIY installations might have changed since some of this work was done!).

Rob and Anne also harvest rainwater for gardening – or as they put it ‘more likely kids’ water fights!’ The greywater system routes all shower water into the downstairs toilet cistern. The very large cistern (see photo in case study) holds around 50 litres of water, so doesn’t run out – and its use is entirely ‘free’.

← PREV HOUSE
RETURN TO ALL HOMES
NEXT HOUSE →