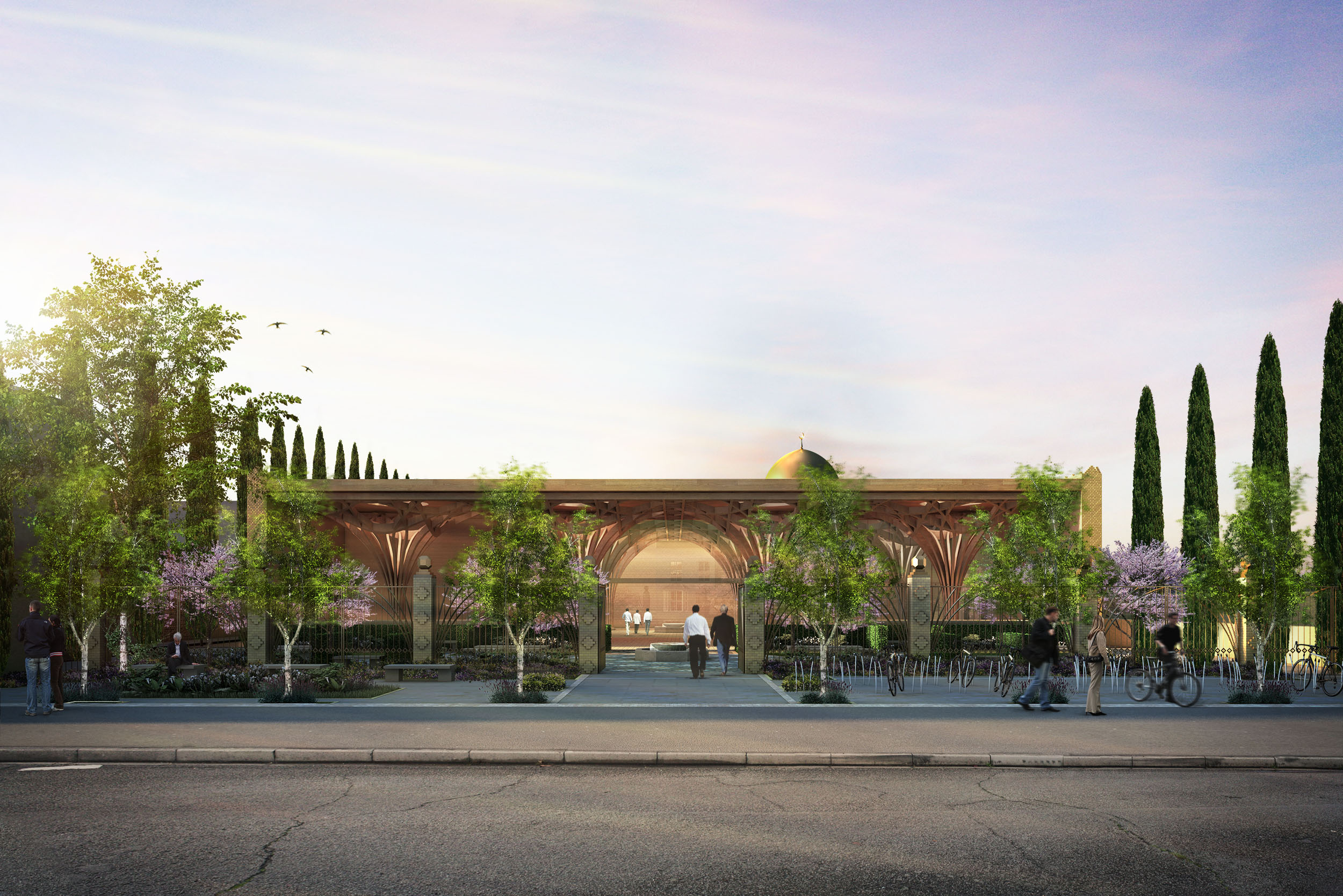 The Cambridge Mosque will be dedicated to the spiritual and social welfare of the city’s estimated six thousand Muslims. The overall design for the site has been developed from the concept of a calm ‘oasis’. Up to 1000 people can congregate inside.

Tim Winter, chairman of the Cambridge Mosque Trust, notes that ‘Islamic civilization has been based on the rejection of waste as an under-estimation of God’s blessing’. This idea is central to the principles behind the design of the mosque.

With its emphasis on sustainability and reliance on green energy, the Cambridge Mosque will be Europe’s first eco-mosque and a true landmark building for the city of Cambridge and its residents. The Mosque will have better than Part L Building Regulations requirements for thermal insulation and airtightness. It has an EPC rating of A, which means that it is very close to being a zero carbon building.

This is a large building site. If you are taking this tour you will need to meet at the security booth by the side gate. You will also need to sign in and will be provided with a reflective jacket, hard hat and boots. Warm clothing and waterproof’s may also be necessary.

← PREV HOUSE
RETURN TO ALL HOMES
NEXT HOUSE →